This is quite sudden, but do you want to visit Finland?

Whether your answer is yes or not, let me introduce famous tourist attractions in Finland.

According to the cite, “PLANETWARE.” The Åland Islands or Åland (Finnish pronunciation: Ahvenanmaa / in Japanese: オーランド) is an autonomous archipelago between Sweden and Finland. A predominantly Swedish-speaking province of Finland, Åland is comprised of a few large islands and nearly 10,000 smaller ones. Åland was ceded to Russia by Sweden in 1809. In 1854, a combined British/French fleet took the islands, destroying the fortress. After that, the entire archipelago was demilitarized and remains so to this day. About 27,500 people live in Åland today, with about 11,000 in the main town of Mariehamn. The main industry of the islands has always been shipping and trade, so the Maritime Museum, the Museum Ship Pommern, and the Maritime Quarter in Mariehamn are worth seeing to understand the islands’ fascinating maritime history. Also worth a visit is the Jan Karlsgården open air museum in Kastelholm where visitors can see what a typical island farm looked like around 1890. However, the big draw to Åland these days is its unspoiled nature and beautiful landscapes. On midsummer’s eve, Åland holds a massive and ancient celebration marking the longest day of the year. There are also a wide range of excellent places to eat and many artists’ studios to visit. The islands can be reached both from Stockholm and Turku as well as by small plane. Hämeenlinna (in Japanese: ハメーンリンナ) is attractively situated on a long, narrow lake, the Vanajavesi. The Hattelmala hills are a boundary to the south of Hämeenlinna. The town was founded by the Swedish governor, Per Brahe, in 1639 on a site to the north of the 13th-century Tavastehus Castle, which he enlarged and strengthened. The red brick castle is one of the noted landmarks along withAulanko Park. The town of Hämeenlinna was moved to its present site in 1777. Its economy depends primarily on timber-processing, with some metalworking. Hämeenlinna was also the birthplace of the Finnish composer Jean Sibelius (1865-1957) and the poet Paavo Cajander (1846-1913). In the center of Hämeenlinna is theMarket Square (Kauppatori). On its east side stands the Lutheran church, with a statue of Paavo Cajander in the gardens in front of it. On the south side of the square is the Town Hall. North of the square visitors will find theSibelius Museum, and a little bit further on, the Sibelius Park. Be sure to also visit the Hämeenlinna Historical Museum near the park. Finally, no trip to Hämeenlinna is complete without a visit to the castle on the shores of the Vanajavesi. Helsinki (in Japanese: ヘルシンキ) is the capital of Finland and chief town of the province of Uusimaa (Nyland). The city offers a variety of cultural opportunities such as the National Museum of Finland; the Helsinki City Museum; the Finnish Art Gallery, featuring classical to modern art exhibits; and three major theaters. Around the city itself, various suburbs grew up from 1950 onwards, most of them outside the city limits in the province of Uusimaa. This gave rise to administrative problems, which were resolved in the early 1960s by the establishment of the towns of Espoo/Esbo to the west and Vantaa/Vanda to the northeast – independent administrative units without established centers, which at once joined the select group of Finland’s five largest towns. The only relics of the past in these towns are a few old churches and pastors’ houses in gray stone. 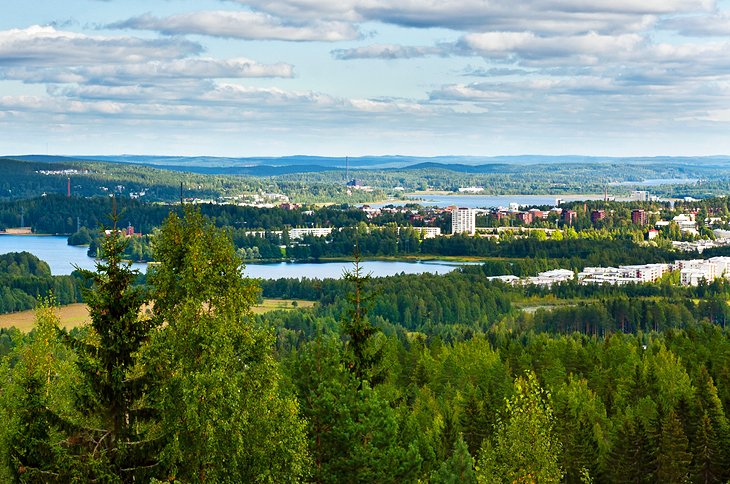 Jyväskylä (in Japanese: ユヴァスキュラ)  was founded by Tsar Nicholas I in 1837. The small city is located on the north side of the Jyväsjärvi lake, which is linked by a narrow strait, the Aijälänsalmi, with Lake Päijänne, Finland’s second largest lake and its deepest, to the south. Jyväskylä is an important traffic junction, the administrative and cultural hub of central Finland and an industrial town (woodworking, metalworking), which is also noted for its trade fairs. The town gets its particular character from a mingling of old wooden houses and modern stone buildings. The first Finnish-language secondary school was established here in 1858. The University was founded in 1934. In the centrally-located Church Gardens (Kirkkopuisto) is the neo-Gothic Town Church. Nearby is a monument to the Finnish writer, Minna Canth (1844-97). On the way from there to the harbor and the lake are three buildings by the famed Finnish architect Alvar Aalto: the Municipal Theater, the Police Headquarters, and the Local Government Offices. To the north, in Rajakatu, are the Orthodox church and a neo-Classical church. The impressive Jyväskylä International Arts Festival is held in June and is the longest-running annual cultural event in Finland. 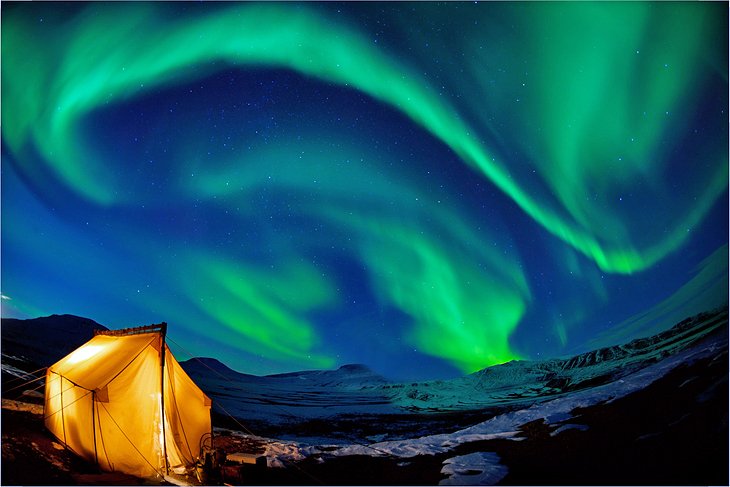 For most people, seeing the Northern Lights (in Japanese: オーロラ) is a once-in-a-lifetime treat. Finland is perhaps the top country in the world for seeing these blazing curtains of light drape across the sky. Although, at times, the lights can be seen even in the southern most regions of the nation, the best place to see them is in Lapland. In the north, between September and March, visitors are almost guaranteed a show if the sky is clear. A wide range of hotels in the north cater specifically to people wanting to see the lights.

How about Japan? There are many places which are traditional, for example, temples, shrines and even rental shop which people can wear Kimono! Also, Japan is rich in nature too, foreign people often come to Japan to relax.

1.  Did you get interested in taking a trip to Finland?

2. What do you think the reason that people travel to Finland is?

(I think it is because people want to go to the places which are rich in nature.)

3. What do you think the reason that people travel to the country you chose is? And, do you want to go there?