Barnga is a different culture communication virtual game using cards.
It’s the case that things we thought they are common sense and the rule aren’t in common use, what kind of feeling will it be, and how it can correspond.

This game is played like “Page one.” In addition, the winner of this game has to move to a new group. After having moved to a new group, the participant who thinks a rule is identical of course is confused at a rule’s being not in common use.

This shows that the premise and a rule are different by a different culture surely. So  we  are able to feel what kind of feeling a minority will be, how should players play  while putting a game into effect. 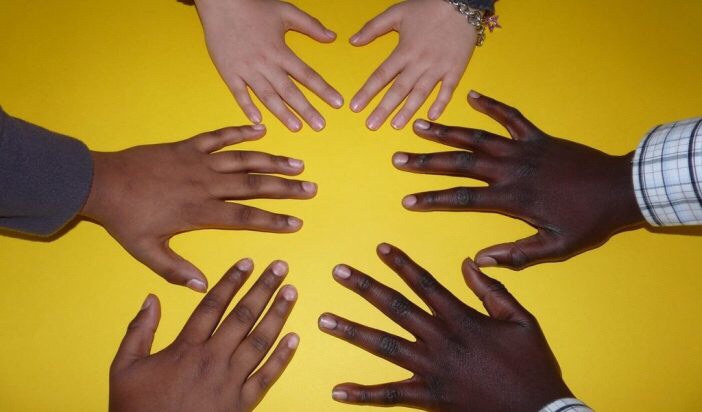 I thought that the girl who moved to our group couldn’t understand how to play this game. But, after our teacher told us the details of this game, I’m terribly sorry about this. I again realized that oral communication was so important. We must talk with each other to live our lives comfortably.

In Japan, many people including me have difficulty in communicating each other.

In contrast, in Finland, they must speak English and Finnish, so they speak to many people in English hardly to live when this are children.

Today, I would like to introduce the education system in Finland.

Education in Finland is an education system with fully subsidised meals served to full-time students. The present education system in Finland consists of daycare programmes (for babies and toddlers) and a one-year “pre-school” (or kindergarten for six-year-olds); a nine-year compulsory basic comprehensive school (starting at age seven and ending at the age of sixteen); post-compulsory secondary general academic and vocational education; higher education (University and University of applied sciences); and adult (lifelong, continuing) education. The Finnish strategy for achieving equality and excellence in education has been based on constructing a publicly funded comprehensive school system without selecting, tracking, or streaming students during their common basic education. Part of the strategy has been to spread the school network so that pupils have a school near their homes whenever possible or, if this is not feasible, e.g. in rural areas, to provide free transportation to more widely dispersed schools. Inclusive special education within the classroom and instructional efforts to minimize low achievement are also typical of Nordic educational systems.

A Finnish language is indispensable at school except for Aland area, and Swedish is also designated compulsorily, and it’s educated to English and other languages. There are a lot of Finland and India where 4 or 5 languages are used well because I generally have the great interest to a state foreign language. A Finn says that there are almost no people who can’t speak English thanks to Finnish excellent English education. One of the competitive advantages in Finland has been ability in foreign language. All students learn at least two foreign languages, mainly English and obligatory Swedish, up to high school. A citizens’ initiative to remove obligatory Swedish from education in favour of other languages was accepted for parliamentary vote in 2014 but failed to pass.

1.Did you notice that we were playing this game by rule a little different every group?

2.What specific real-life situations does this game remind you of?

3.In the country you chose, do you think that people are shy?